Yeshe Rabgye is a Western Monk in the Kagyu tradition of Tibetan Buddhism. Originally from England, he now lives in Northern India.

Although Yeshe learnt from the great Tibetan Buddhist masters in exile, his Western background forced him to question some difficult elements of the teachings, in particular to distinguish those teachings that were essential aspects of the path from those that were mere cultural embellishments. Life’s Meandering Path stems from this questioning and is aimed at a more secular and sceptical audience.

Yeshe spent several years in a monastery in the foothills of the Himalayas teaching young monks basic Buddhist philosophy and meditation. He now offers teachings freely to all in a manner that is unpretentious and clear. He does not demand students to blindly accept what he says, but instead invites them to examine their own minds and experiences to discover the validity of Gautama Buddha’s teachings. Using everyday examples he has the ability to bring the teachings alive, particularly to a younger audience seeking to make Buddhism relevant in their lives. His approachable manner has attracted many students who appreciate his sense of humour and practical advice.

Yeshe quietly demonstrates Gautama Buddha’s teaching on compassion through the charitable trust ‘Sangye Menla’ that he founded in 2008 in Chandigarh, Northern India. The trust provides medical assistance and care to people from the Himalayan region in India. 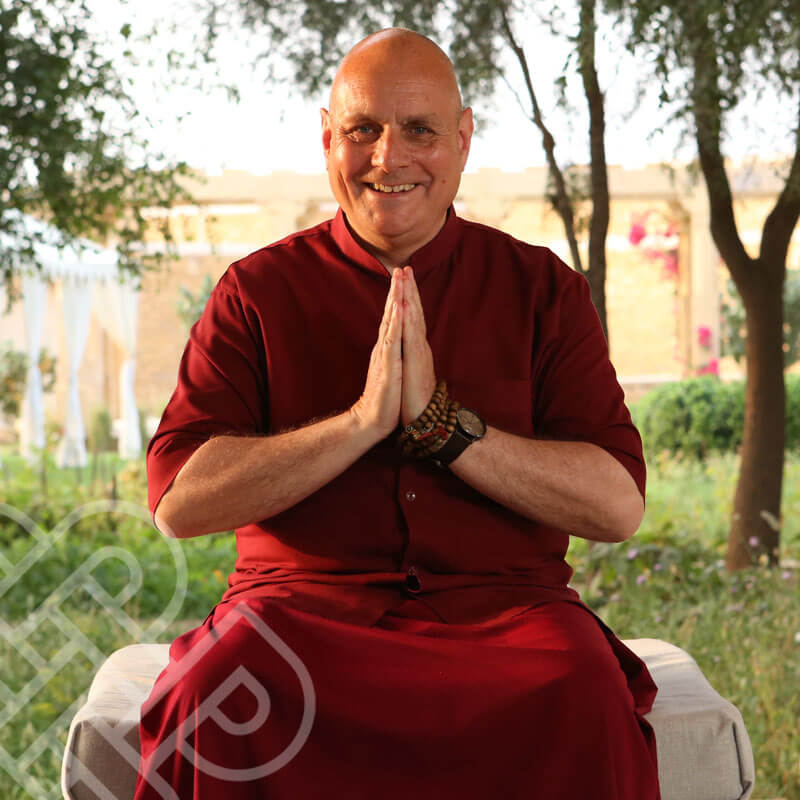 ABOUT THE CHARITY SANGYE MENLA TRUST

The trust was set-up in 2008 by Yeshe Rabgye and another Buddhist monk. It helps to facilitate the medical needs; including accommodation, doctor location, translation services, and often food for roughly 4000 people a year who travel with little or no money for much needed care. It helps people from the Himalayan region who have to come to Chandigarh for medical treatment and do not know what hospital to attend, which doctor to see and where to stay. Often they do not speak Hindi or English and so cannot communicate their sickness to the doctors. The fully trained staff at Sangye-Menla Trust interview the patients on arrival and decide which is the best hospital and doctor for them. They will also attend the hospital with the patient to translate and ensure the patients understand their treatment. The trust also provides a very cheap hostel for the patients to stay in. They never turn anyone away and if the patients have no money they will offer free rooms and get sponsorship for treatment and medicines. Sangye Menla was named by HH 17th Karmapa, kindly encouraging the Trust to put the aspirations of Sangye Menla (Medicine Buddha) into practice.