If left to their own devises our minds can take us into challenging and unwanted places. They are like a monkey swinging from tree to tree. They never settle and are never satisfied. In this retreat, we will look at how the mind works and ways to bring it back under our control. The retreat is secular and pragmatic.

The practice involves refining and purifying one's motivations and attitudes. The 59 slogans that form the root text of the mind training practice are designed as a set of antidotes to undesired mental habits that cause suffering. Lojong transforms our mind by turning away from self-centeredness and cultivating instead the mental habits that generate the awakened mind that puts the benefit of others above all else.

The retreat is set in a beautiful apple orchard farm stay in Himachal Pradesh, India, with its own secluded meditation hall in the forest. The retreat is open to beginners as well as more advanced practitioners. There will be some walking involved, so mild fitness is required.

This is an extremely rare opportunity to study Atisha’s Mind Training in such wonderful surroundings. There are limited places, so please book early, as it will be on a first-come, first-served basis.

Food on the retreat will be home-made, vegetarian, and mostly homegrown. If you have any dietary requirements, please let us know when booking. 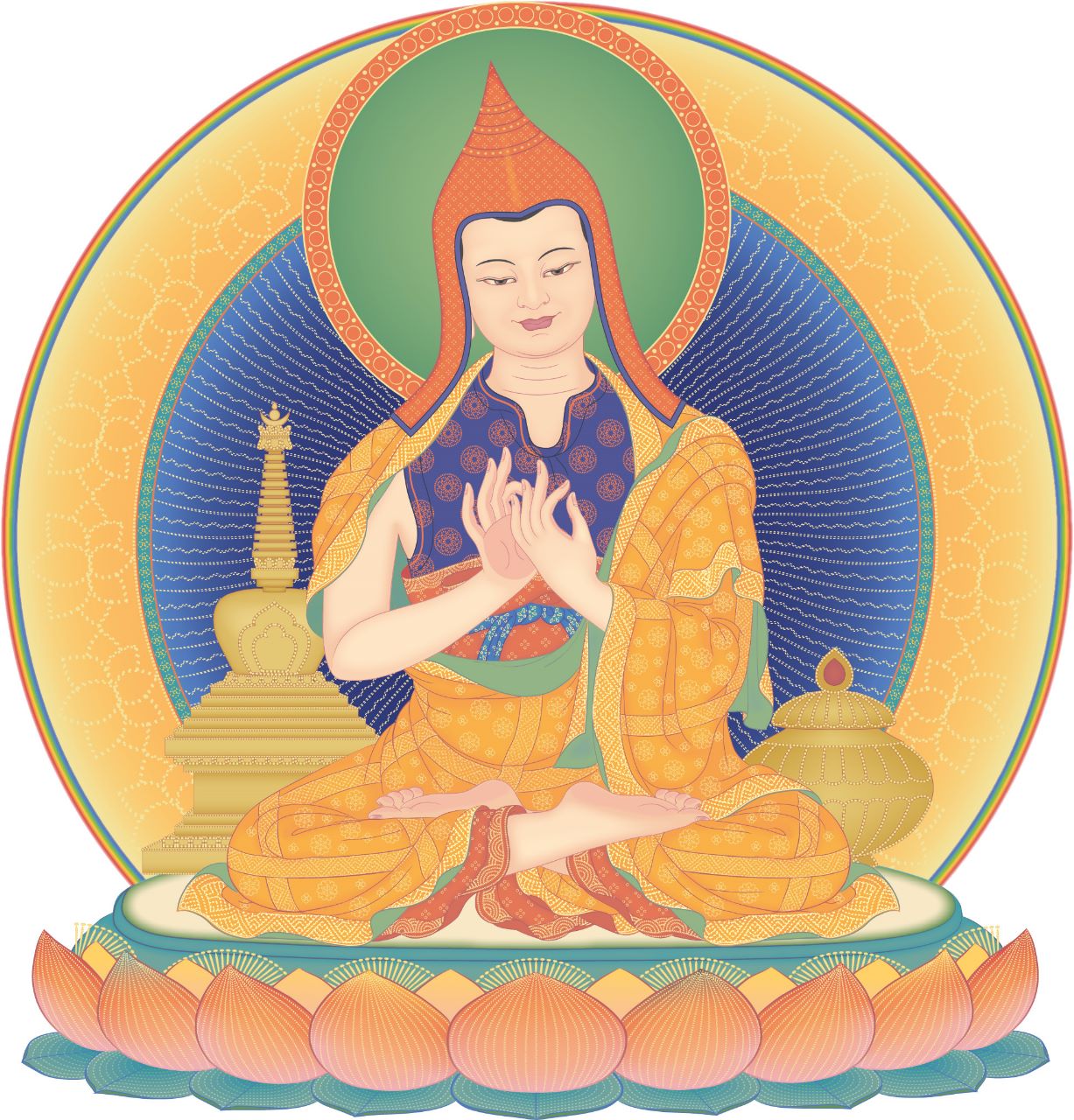 OVERVIEW OF THE SEVEN POINTS OF MIND TRAINING.

Lojong, or mind training, is a core practice in all the lineages of the Tibetan Buddhism. They can perhaps best be characterized as a method for transforming our mind by turning away from self-centeredness and cultivating instead the mental habits that generate bodhicitta, the awakened mind that puts the benefit of others above all else.

Bodhicitta, is the mind (citta) that is aimed at awakening (bodhi), with wisdom and compassion for the benefit of all sentient beings.

So, Lojong teaches us how to have both compassion and wisdom, which are essential skills in a world driven by desire, selfishness and greed.

I am a Buddhist Monk from England. I teach Mindfulness, Buddhist philosophy, meditation, and Sound Therapy in many countries around the world. I am a Monk in the Kagyu tradition of Tibetan Buddhism. I took my ordination vows from H.E. Tai Situ Rinpoche in Sherabling Monastery, Northern India and studied with H.H. Dalai Lama. As of September 2021, my podcasts have been listened to over three million times, blogs have been read over 850,000 times and guided meditations have been practiced over one million times. I have also travelled extensively across Canada, India, Bhutan, Nepal and UK teaching Meditation, Buddhist Philosophy, and mindfulness in schools to administrators, teachers, students and parents. I wish to sincerely help as many people as possible through my teachings, meditation, mindfulness, and emotional counselling sessions. 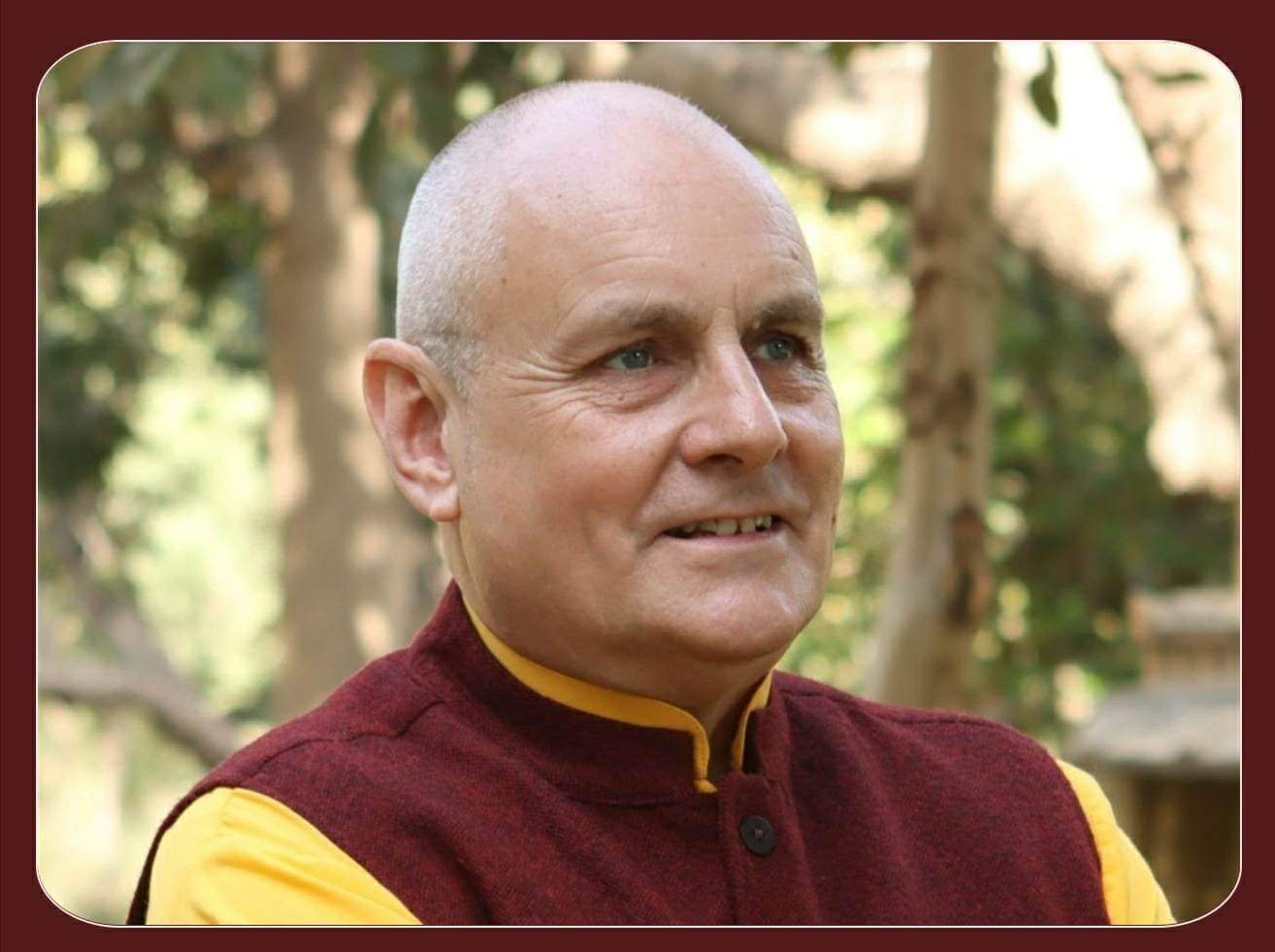 ABOUT THE APPLE ORCHARD FARM STAY

The farm is in a small village called Rukhla (2100m) in eastern Himachal Pradesh (HP) in the Indian Himalayas.
Our bit of HP in the east, heading up towards Kinnaur and the Tibetan border, remains fairly untouched – at least by tourists. It is mountainous terrain – some of the highest in the world, up to 6,815 metres – and the lower slopes, such as our farm at around 2100 metres, are steeply terraced for agriculture, with wooded peaks at the top of the valley, and fast-flowing mountain streams at the bottom. Due to the steep slopes and the general lack of modern infrastructure and development, plus the fact that most farms are relatively small, there is very little mechanisation – almost all the work is done by hand, using simple tools. Only quite recently, in the 1970s, was a motorable road built up to Rukhla – before that, everything was carried up and down to the main road below – an all-day round trip. There are many farms and villages further up which still do not have road access. Surprisingly though, given the width, gradient and state of the road, there is a daily bus service to the farm from Shimla.

The farm borders protected forest, which grows up to the nearest peak above Reoghati, a three-hour hike up, from where you have 360 degree views, including the Great Himalayas stretching into Tibet. After Reoghati, the forested peaks stretch away through wild, uninhabited country, as far as the glaciers in the far distance. On clear days you can see numerous peaks of around 6,500 metres / 21,000 feet. 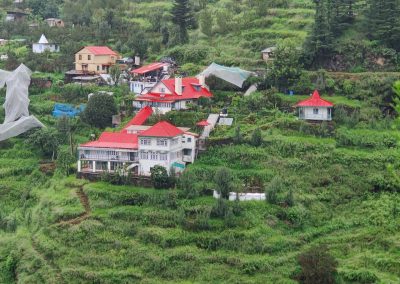 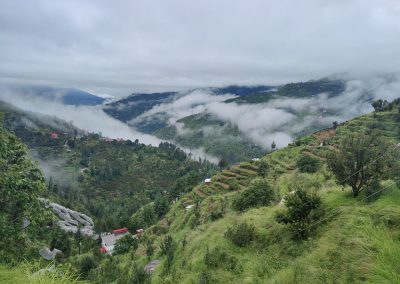 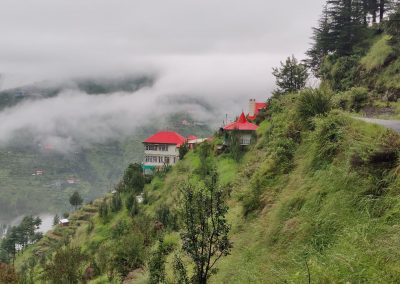 Places are limited, so don’t miss out on this unique experience

For costings and booking your place, please see the booking form:

After 1st March – No refund

The retreat for me was a beautiful experience which opened me to myself. One sometimes knows certain things but cannot put them into perspective, which Lama Yeshe did so well. Your language and words were so easy and simple to understand… you made the material so light … one felt at ease and comfortable.

A learned man like you made me feel that I could approach you and ask questions without being overwhelmed by your position which made the experience fun also.

It didn’t hurt that we were in a beautiful physical setting of Bhutan, which made it all the more enchanting.

Looking forward to having the privilege of spending more time with you.

Thank you very much for sharing your wisdom on mindfulness. It has been awakening for me and made me a better man, which I shall radiate to other sentient beings. May you live long with good health and happiness.

It was such a wonderful experience for me to attend Lama Yeshe’s Mindful Retreat at IMS in Bhutan. As I have basic exposure to preliminary Buddhist Practice- Ngondro – the step by step concepts and practical mindful meditations on various themes really strengthened my basic theory of Bodhicitta practice and helped me become a more holistic compassionate individual. In other words, more manure and water have been added onto the growing seed. I am very sure, this sapling once grown will fruit well and benefit all the sentient beings.

Thank you for the opportunity. Please continue the program with other Bhutanese and other nationalities.

I am proud to be your student.

I attended a week-long retreat with Karma Lama Yeshe Rabgye at the Institute of Management Studies Limited, in Thimphu Bhutan from 23rd to 29th February 2020 on Mindful Awareness.

I would like to state that the teachings imparted by Lama Yeshe were very succinctly presented, in an easy to grasp and effective manner. As a Dharma teacher, his style is unique and very approachable. The essence of mindful awareness that Lama Yeshe imparts, is done in a subtle and nuanced manner, using a variety of techniques that are essential to a mindfulness meditator’s practice.  Mindful Awareness instruction and a variety of guided meditations were imparted on topics that included what mindfulness is, Anapanasati (breath awareness), mantra chanting, awareness of the physical body and the functioning of the brain, emotional regulation, compassion for self and others, forgiveness, and gratitude. Mindful eating, mindful walking, engaging with the five sensory perceptions, group sharing and visits to sacred places like monasteries and Buddha Point in Thimphu, all richly enhanced the practical aspects of mindful experiences.

The teachings were pivotal in streamlining a regular practice as they included daily group meditations and reflections with journal writing, deep reflection, and inquiry through introspective questioning. With a true generosity of spirit, Lama ji shared tools that will lead to an effective learning experience and support a daily personal meditative practice.

You are a valuable resource and bring deep wisdom and experience to the teachings you share.

Thank you for allowing me to walk on a mindful path with you Lama ji.

My experience on the Bhutan Mindfulness Retreat with Lama Yeshe Rabgye was life changing. I learnt, in simple practical words, how to apply the teachings of the Buddha in our daily lives. I could relate easily to all the teachings of Lama Yeshe and have come back happier and more peaceful. Will endeavour to make Mindfulness a part of my life ahead. Thank you Lama Yeshe for showing me the way.

With immense happiness and gratitude, I thank you Lama Yeshe ji for creating such a safe, learned, simplified, calm & compassionate environment for the Mindful Awareness retreat from the 23rd to 29th February 2020 at IMS, Bhutan.

You very thoughtfully made us all experience, feel and reflect on the meditations and dharma talks that you so beautifully delivered.

I am indeed extremely grateful for the path of awareness that you have put me on, and can feel the changes in mindfulness, calmness and compassion in the few days that I have experienced in the real world after the retreat.

I have a long way to go on this delightful path and your support gives me great strength.